No Free Ride In Gold 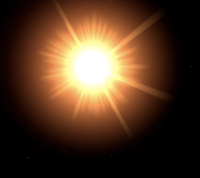 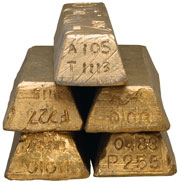 Why is gold prized over other precious metals? Because gold is ruled by the Sun. The Sun is our life force and our self-identity; its rays of light warm our bodies and hearts. Since the Sun describes the ego and rules speculation, it’s not too difficult for many people to catch gold fever. From promoting gold jewelry to radiate a touch of the Sun, gold’s “limited supply” (even though there’s plenty of recycled gold), its “safe haven” status, to the survivalist mentality of the “gold and guns” crowd, gold is the royalty of precious metals.

To invest in gold or take a long position on a gold proxy such as SPDR Gold Shares (GLD) reflects confidence that gold’s profits will outweigh the costs. While traders might have profited from gold’s moves over the last several months, many investors late to the party have seen that gold can tarnish.

The gold investment cycle draws many parallels with the residential real estate boom and bust. We saw that once real estate prices stopped rising, so did the liquidity escape hatch for investors who could not cover their debt. All it took was market stagnation to turn the boom to bust. The gold boom is no different. A stagnant price in gold generates a loss. Unlike a stock or bond, gold cannot afford to stand still as it must keep rising to cover the erosion in the investment from the carrying costs of purchasing, storing, and insuring the yellow metal. Gold is classified as a collectible by the I.R.S. and is taxed at the minimum 28% capital gains rate.

The World Gold Council was established by the mining companies to promote gold. The exchange-traded fund GLD was created as a vehicle to make up for the decline in jewelry sales following the attacks of September 11, 2001. GLD is the largest physically backed gold ETF in the world. A 2010 article in The Wall Street Journal about the creation of GLD cited industry experts who estimated that gold-backed ETFs such as GLD added about $100-150 an ounce to the price of gold as these ETFs shrink the amount of gold available for commercial and industrial uses.

GLD began trading on November 18, 2004. Just as the Sun is the center of our solar system, the Sun is the central focus of a chart, and the Sun is especially important in GLD’s chart since it rules gold. Before GLD began trading, the price of gold could have remained steady based on supply and demand for consumer and industrial purposes. Today, gold’s value is primarily driven by investment which causes constant fluctuation by necessity.

This constant fluctuation in gold is reflected in GLD’s chart as the Sun in Scorpio squares Uranus in Pisces. GLD is a fertile environment for traders as the relationship between the Sun and Uranus creates sharp price moves and increases the potential for sudden reversals. GLD has the potential to make extreme highs and lows. Traders can go long, short, buy or sell Options on GLD. Scorpio is ruled by Pluto, the mythological lord of the underworld who derived his wealth by mining the riches buried beneath the surface. Uranus in Neptune-ruled Pisces further emphasizes the bubble and bust nature of gold.

The Moon conjoining Neptune in Uranus-ruled Aquarius reflects GLD is heavily hyped to the public as an alternative way for individuals to collectively “own” bullion without taking physical possession of the metal and provides the benefit of liquidity. GLD produces the illusion of a frictionless market for the physical asset. One share of GLD represents one tenth of an ounce of gold, but GLD trades at less than that due to its 40 basis point (0.40%) fee which is assessed regardless of whether the price of gold is increasing, decreasing, or stagnant. On May 30, 2012, spot gold was $1,561.95, while GLD closed at $151.91. The $4.29 difference between the spot price of one tenth of an ounce of gold and the GLD represents the accumulated management fees for the fund. Since gold does not provide any income, the fund must sell gold to collect its management fee. This has a compounding erosion effect over time.

Mercury conjoining Pluto in Sagittarius describes GLD and gold being promoted as the world’s alternative currency to overzealous central bank money printing. Gold is a supposed “safe haven” in times of geopolitical turmoil. Sagittarius is ruled by Jupiter, and Jupiter in Libra harmonizing with Neptune expands the hype and is another indication that the purpose of GLD is to inflate the price of gold. Gold is akin to a religion to its true believers who preach that the value of gold can never go to zero. However, GLD could erode substantially if the price of gold remains constant.

The Sun harmonizing with Saturn in Cancer the sign of the Moon, reflects that GLD is a trading vehicle while the public tends to view GLD and gold as an investment that will continue to increase in value over time. Venus is in its home sign Libra which describes the beauty of gold; its square to Saturn describes buying GLD to protect from fears of currency devaluation.

Venus square Saturn in GLD’s chart also describes what happens when the price of gold stagnates which causes GLD to decline in value. Since reaching a record high of $1,921.15 on September 6, 2011, gold has declined and is back to trading around the level it ended 2011.

Saturn describes stagnant or contracting conditions. Saturn in Libra has been affecting GLD’s natal Venus/Saturn square and sector of the chart representing GLD’s status (the Midheaven) since November 2011, putting pressure on GLD’s ability to breakout into new highs. Saturn in Libra will continue to influence these natal placements through September. Saturn moving into Scorpio October 5 conjoining GLD’s progressed Midheaven and natal Mars and progressed Venus in Scorpio in November could exert increased pressure on GLD’s shares. (2) During 2013, Saturn in Scorpio impacts these natal and progressed placements and also squares GLD’s Moon/Neptune conjunction in Aquarius.

Additionally, Neptune in Pisces conjoining natal Uranus in 2012-13 can indicate mostly cloudy conditions that obscure the Sun which can further erode GLD’s golden glow. The times when the Sun peaks through the clouds can create sharp surprises to the upside as the believers get reignited. GLD is likely to experience highly volatile and large moves that easily break through support and resistance levels as the revolutionary and transformative square between Uranus in Aries and Pluto in Capricorn exactly impacts GLD’s natal Jupiter in Libra in May 2013.(2) Libra is ruled by Venus; this reinforces the downward pressure that Saturn is exerting on the conjunction of GLD’s natal Mars and progressed Venus in Scorpio.

The two most stated drivers in the price of gold have been surprisingly both inflation and deflation. Yet both are equally destructive to the price of gold. Deflation and/or a rising U.S. dollar decreases gold’s value as it takes more dollars to buy gold. Gold loses its purchasing power when inflation is rising as interest rates are more competitive.

Interestingly, gold’s 1999 low and 2011 high occurred when Jupiter was in Taurus, the sign of money and asset accumulation. Jupiter was in Virgo during gold’s 1980 high (which in inflation-adjusted terms has yet to be superseded). Saturn the planetary energy of limitation, was also in earth signs during the 1980 high (Virgo) and 1999 low (Taurus). Gold is extracted from the Earth, and Taurus and Virgo are part of the earth element and represent the value of material resources.

Neptune had just begun its 14 year sojourn in Aquarius at gold’s low; gold’s high was reached as Neptune was completing its stay there. Aquarius is the opposite sign of Leo, the sign ruled by the Sun (gold). Neptune describes bubbles, while Uranus-ruled Aquarius describes extreme price movements such as gold making its low and high during this transit.

The only thing connecting Leo to the gold cycle is that the 1980 high and 1999 low occurred when the North Node of the Moon was in Leo.(3) The Moon is a primary indicator of market sentiment, and the 18.6 year cycle of the Moon's Nodes reflects the market’s feelings about gold. Gold’s 2011 high occurred when the North Node was in Jupiter-ruled Sagittarius with Jupiter and Saturn in signs ruled by Venus (Taurus and Libra, respectively).(4)

Gold’s 1980 high occurred during a time of high inflation and record high interest rates, while the 2011 high was reached at a time of record low interest rates and fears of perceived deflation. (Remember that GLD did not exist until 2004.)

(1) Progressions move the natal planets and chart positions forward in time, symbolizing the individual or entity’s progression through life.

(2)More information about the Uranus/Pluto square can be found within this post, then scroll down to the section in boldface on “Venus Cycles and the Stock Market,” and then read what follows in the underlined subsection entitled “2012 Connects to 1932 and 1964.”

(3)The Nodes of the Moon are two imaginary points where the Moon’s orbit intersects with the path of the Sun as it travels along the ecliptic. (The proximity of the Sun and Moon to the Moon’s Nodes determines whether a New or Full Moon is an eclipse.) The nodes move backwards through the zodiac, spending around 18 months in a sign. (The South Node is always in the same degree but opposite sign to the North Node.) The North Node describes the present and the future while the South Node describes past influences.