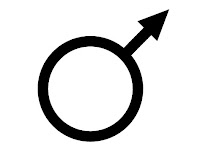 Once again the “as above, so below” principle correlating planetary influences to human affairs is evident in “When Anger Is An Illness” by Melinda Beck in today’s Wall Street Journal.

Mars represents anger and aggressive behavior. As described in this week’s Forecast, Mars energy is prominent now as from Earth’s vantage point Mars gives the appearance of being stationary in the sky as it begins to move forward again after being retrograde since December 20.

When a planet appears to be retrograde, its energies become more internally focused. Mars energy is action-oriented and moves quickly, but during its retrograde period about every two years frustration can result when embarking on new endeavors as the Mars retrograde period (December 20, 2009 – March 10, 2010) is best suited for acting on established issues.

With Mars in Leo (October 16, 2009 – June 8, 2010), anger and aggression can become a melodrama. Or the energy can be channeled productively into creative outlets that can enhance your career, investing, romantic relationships, children, and help to keep your heart healthy as these are all ruled by the Sun and Leo.

Mars rules war and the military, and the “war on terror” put I.E.D. (“improvised explosive device”) into the lexicon. I.E.D. also stands for something else: “intermittent explosive disorder,” defined as “episodes of aggression against people or property out of proportion to any provocation.” And now there’s “temper dysregulation disorder” (a disorder that has yet to be recognized by Microsoft Word).

With every passing year, studies surface showing greater numbers of the population falling under the label of some form of mental illness created by the medical industrial complex such as attention deficit and bipolar disorder which they preach drugs and psychotherapy could possibly cure. Neptune and Pisces rule mental illness, sleep, all types of addictions, hospitals, drugs, and the art of illusion. The Journal cites “2006 studies from Harvard and the University of Chicago estimating 1 in 20 Americans (mostly men) may fit the criteria for I.E.D.” (Bold emphasis mine.) While there are people who genuinely suffer from mental illness and require treatment, the vast majority of the population would be fine without psychiatric help and especially without drugs.

I.E.D. by either definition would describe a challenging alignment between Mars and Uranus, the planetary energy of explosions, shocks, and rebellious and unexpected behavior. On July 30, 2010, Mars in Libra will oppose Uranus in Mars-ruled Aries, kicking off an action-packed and volatile week on a global level as Mars conjoins Saturn in Libra (July 31) and opposes Jupiter in Aries and squares Pluto in Capricorn August 4. This could be a long, hot angry and violent summer that is as intense as the potential for more powerful earthquakes, erupting volcanoes, hurricanes, and severe storms that affect large geographic areas. Or these tensions can be reduced through cooperative action that benefits the greater good and not just the status quo as economic, physical, and societal infrastructures undergo massive transformation.

An “anger inventory quiz” and “Tips to Help Keep A Temper in Check” serve as an adjunct to the Journal article. One thing that’s missing amongst the tips is to avoid reading about topics that tend to make you angry. Replace the news and violent TV and movies with entertainment that will help to put a smile on your face and make you laugh.

While certain medical conditions can increase irritability, the article should have also noted that medications, medication interactions, and even antidepressants can intensify aggressive behavior. No drug or surgical procedure will prevent heart dis-ease if your heart is filled with rage rather than love and compassion towards yourself and others. The Journal quotes a 2004 Harvard study that estimates some 30,000 heart attacks each year are triggered by momentary anger. And if you have a heart attack, do you really want to be operated on by the surgeon described in the article who lost control of his anger and “reamed out someone via cell phone while performing open heart surgery”?! Hospitals are now required to have anger management programs for “disruptive” physicians as a condition of accreditation.

Since Mars is a highly physical and active energy, my favorite tip on the list is to “get physical without fists.” Exercise, step outside for a quick walk, do some cleaning or other physical task (refrain from working with sharp tools or equipment until you have sufficiently calmed down).

Mars is an impulsive energy; action taken too quickly can be regretted later. Invoke Saturn’s energy by having a “time-out” before any encounter or communication with the person or situation that raises your ire. Saturn is about taking a long term view; things that seem annoying right now could be less upsetting or even insignificant tomorrow morning. Anger is an expression born out of fear.

Mercury represents communication. Writing down when you get angry and what triggers it can help you identify and change the pattern. Replace negative self-talk with positive phrases and think how much better you feel when you are calm. Making excuses in order to give yourself “permission” to behave badly will only bring more people and situations into your life that make you angry. Free yourself from the illusion that you are a victim of your genetics and cannot control your behavior.

Although every day offers an opportunity to make a fresh start, the March 15 New Moon in Pisces, followed by the Sun conjoining Uranus in Pisces, along with the Moon in Aries and Mercury in Aries harmonizing with Mars in Leo on March 17 can make it easier to leave negative family patterns behind and set foot in a new direction.

The Sun moving into Aries and harmonizing with Mars in Leo on March 21 - the same time Mars makes a favorable aspect to Saturn in Libra offers the opportunity to let go of the past and take control of your anger. As more people are calm and in control of their emotions, the more peace we create in the world.

The image represents the symbol for Mars, depicted by the shield and the lance which represents male virility. This is also the ancient symbol for iron which is what most weaponry was made of. Mars also rules steel.

Hi Deborah this is RevJ
an avid fan for 3 years.
I live for your essays
like the recent one on Pluto.
This Mars one is enlightening.

I've quoted you widely
on the topic of inflation,
and even though it didn't
happen during the
transit of Jupiter and Neptune,
the karmic seeds were planted
at that time and will probably
still manifest. Big ships
take a long time to
change course.

As i mentioned, I have linked
to your posts many times from
my myspace blog. I figured it was
time to step up and introduce myself.

I'd like to continue quoting you and linking to your posts.
I also have Wall Street Weather
on my blogroll at

KUDOS FOR ALL THE GREAT WORK,
RevJ

Another insightful and most enjoyable article about the cyclical nature of change.
Looking forward to the cogs realigning when the Sun and Mars, in mutual reception, trine immediately following the Spring Equinox.
Regarding Monday's Sun-Saturn clash: is this the celestial showdown of the year??