Chanos, China, and the Capricorn Solar Eclipse of January 15, 2010 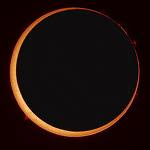 James S. Chanos is famous in the hedge fund world for betting against companies whose numbers don’t add up. From Tyco International to Enron, Chanos is a contrarian in a world currently full of raging bulls.

Ultra accommodative monetary policy and government stimulus have reinflated a speculative frenzy in emerging markets. Just as it was prior to the financial crisis, China is the stimulant of the world’s excess liquidity flowing into commodities.

In “Contrarian Investor Sees Economic Crash in China,” The New York Times reports that Chanos is betting against conventional wisdom that China’s uber real estate bubble is “Dubai times 1,000 – or worse.” Echoing a post I wrote about asset price bubbles, Chanos believes that “Bubbles are best identified by credit excesses, not valuation excesses. And there’s no bigger excess than China.”

In a June 2009 post I explained how the US and China mirror each other. The Chinese government claims to have dedicated $586 billion to stimulus programs to keep their export-based economy booming and increase Chinese consumer spending. Chanos suspects that China’s 8+% growth rates are exaggerated. When China announced the $586 billion stimulus on November 10, 2008, the Sun (central government; speculation) and Moon (sentiment) aspected Jupiter (exaggeration; optimism). Reports surfaced a few days later that infrastructure projects already funded had been included in the stimulus.

With $6 billion under management, Chanos’ hedge fund Kynikos Associates is looking to execute a bearish bet on China by trying to focus on construction and infrastructure-related companies that sell cement, coal, steel, and iron ore. I believe the planetary cycles this year confirm that James Chanos is correct about China.

Eclipses are harbingers of major change as they represent endings (Lunar Eclipse) that usher in a new beginning (Solar Eclipse). The eclipse will be particularly influential over the next month and its impact will likely evolve over the next six months. The January 15, 2010 Capricorn New Moon is an Annular Solar Eclipse as the Moon does not fully block the light of the Sun. Capricorn is ruled by Saturn, and the ring of light surrounding the eclipse is a symbolic reminder that Saturn’s rings represent the boundaries and limitations of government stimulus.

Saturn is a cautious energy as it relies on concrete facts and fundamentals. Saturn’s energy is particularly pronounced now as from Earth’s vantage point Saturn appears to move retrograde just prior to the eclipse. With Saturn in Venus-ruled Libra and Venus in Capricorn conjoining the Solar Eclipse, the focus is on financial valuations and governments initiating major structural reforms affecting the global financial system.

Eclipses affect the world, particularly nations along the path of the elipse.* Solar eclipses in Capricorn affect government leaders, and tend to create cold and severe weather conditions and greater potential for earthquakes which have an economic impact on the areas affected. Not only does the path of the eclipse run through China, but the planetary influences present during the eclipse profoundly impact China’s chart.

The eclipse occurs in the sector of China’s chart representing secrets, scandals, and fraudulent activities. With the eclipse conjoining China’s natal Jupiter as well as China’s progressed Venus and progressed Midheaven,** the Chinese government will have to take control of the financial excess it unleashed or risk damaging its reputation.

Uranus represents the unexpected as well as sharp and sudden price movements in either extreme. This is accentuated as China’s Sun in Libra squares Uranus, the planetary ruler of China’s chart. Uranus in Cancer in the sector of speculation reflects the rapid rise and fall and current rise again of real estate and the stock market.

Saturn in Libra is squaring Pluto in Capricorn, reinforcing the eclipse’s theme of financial valuations as this planetary alignment describes the relationship between government and private finance and the excess debt accumulated by both. Mercury has been retrograde in Capricorn and will turn direct a few hours after the eclipse. Mercury squares Saturn and conjoins Pluto; all three planets are exerting pressure on China’s natal Uranus in Cancer. This increases the likelihood of an event that causes the speculative frenzy to rapidly collapse as it is a reminder that China’s growth is based on speculation more so than fundamentals. Mars retrograde in Leo conjoining China’s natal Mars at the eclipse reinforces Mercury’s message.

Pluto represents issues that have an effect on a massive and profound level. With the Solar Eclipse conjoining the USA Pluto in the sector of the USA chart representing the economy and the banking system, a market collapse in China would have major implications in the US. Mercury, Saturn, and Pluto impacting the USA’s natal Venus and Jupiter in Cancer at the time of the Solar Eclipse reflects that financial valuations here have become excessive in large part due to “the China syndrome.”

Stocks and commodity prices would fall precipitously yet longer term bond yields could rise as China would likely stop purchasing our debt as it turns its financial support inward. The Solar Eclipse conjoining Venus describes how the nation’s central banks will impact global financial markets. The Eclipse opposes the Federal Reserve’s Neptune in Cancer and squares Fed Chairman Bernanke’s Mars and Neptune in Libra. Neptune rules bubbles, and the opposition to Bernanke continuing to run the Fed in the Greenspan doctrine could meet enough resistance in the Senate to prevent Bernanke being reappointed as Fed Chairman.

Above all, the January 15 Solar Eclipse highlights the energies of Saturn squaring Pluto. With Saturn there are lessons to be learned. If we don’t grasp the lesson the first time, the second time around becomes even more difficult. Saturn’s second square to Pluto at the end of this month reflects that the financial crisis has entered its second act. The second act is the convergence of the sovereign debt explosion on top of legacy toxic private debt. Global government actions have rekindled the asset bubble, this time in equities and Treasuries.

With Mars, Jupiter, Saturn, Uranus, and Pluto impacting China’s Uranus in Cancer along with Saturn in Libra conjoining China’s Sun later this year, a market collapse could cause China’s economy to stagnate which could in turn create social instability.

i read this posts with zeal because it carries reality and truth and when you said have we just forgotten 2008?
how true it is, wall street wants public to spend money even if they don't have; sure borrow it and spend it so the markets can go up and they can take Fat bonuses in 6 or 7 figures but do they ever cosiders how main street is suffering?
can you do a detailed post on fed and pluto also please when you have time it would be interesting to know about fed who also is siding with wallstreet instead of main street.
thank you
vinod

Very interesting article. The destiny of Big Oil and Gas is also pivotal to the Capricorn 2010 solar eclipse. Ditto the fate of Hong Kong where some huge Western political collaborations have been propping up the Chinese financial success mythology.

Hazarding an inspired guess I reckon the solar eclipse's karmic epicentre remains the so-called Special Relationship between the US and UK.

All that could go belly-up by the coming weekend.

To Vinod:
Click Federal Reserve listed under DIRECTORY on the blog and you will find posts about how Pluto in Capricorn is affecting the Fed and its Chairman going back to September 2007. I will be writing more about Pluto and other planetary influences affecting the Fed this year.
Deborah