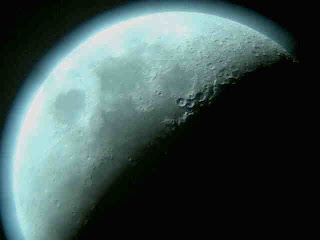 We’ve all heard the phrase “once in a blue Moon” which is popularly defined as two Full Moons in the same month. While blue Moons occur around every 2.5+ years, there hasn’t been a Blue Moon on New Year’s Eve since 1990.

We create water by shedding tears when our emotions are at opposite ends of the spectrum, from sadness and being upset to joy and tears of laughter. With the Moon in its “home” sign Cancer which is part of the water element, moods change quickly.

It is highly symbolic to have a Full Moon on the last day of the calendar year as the Full Moon represents the culmination of what has already transpired. This is a time to release old energies in order to prepare to give birth to new ideas and endeavors at the New Moon. Mercury retrograde and Mars in Leo retrograde further reinforce reviewing past thoughts and actions. With the Full Moon in Cancer, these energies relate to what we need to feel emotionally and physically secure. Food, shelter, and family are Cancer’s key themes. Just as Cancer the Crab has the security of its shell wherever it goes, the Moon opposing the Sun, Mercury, Venus, and Pluto in Capricorn and squaring Saturn in Libra, reflects that we are responsible for creating our own sense of security and balancing our personal and professional lives and relationships. We become insecure when we become too dependent upon others for their assistance or approval.

Cancer is sentimental and Capricorn is traditional. People are more likely to return to the New Year’s Eve “rituals” from the past, such as going out to a restaurant serving comfort-style food before watching a movie, or doing those things at home and then watching the ball go down in Times Square at midnight (Capricorn rules time.) New Year’s Eve celebrations will tend to be more simple and restrained.

The period one week before and between eclipses is not a favorable time to make decisions as the light being blocked symbolically represents that we do not have all the information we need to make a sound decision. Eclipses are harbingers of change, and things tend to be seen in a whole new light beginning a week after the eclipses have passed. This is especially true with Mercury retrograde until the January 15 Solar Eclipse in Capricorn.

In the USA, the Lunar Eclipse occurs at 2:12 PM EST on New Year’s Eve. Mercury rules the chart set for Washington. The nation’s thoughts and news are focused on the economy/banking system and the impact of global actions and events affecting the stock market which appears to be restrained from making new highs, likely drifting sideways before heading lower. Renewed fears about sovereign and commercial debt, as well as residential mortgages will cause bond yields and mortgage rates to rise. The eclipse opposes New York City’s Sun in Capricorn, further emphasizing events affecting Wall St. and the city’s reputation as a global financial center. Uranus in Pisces could bring some unexpected developments in Congress.

Increased precipitation is likely around this time. Weather conditions in most of the country tend to continue to be cold and harsh but could have brief periods of milder more pleasant weather. Travel difficulties likely remain between the Midwest and East Coast. Areas more likely to be prominent in the news now are the West Coast and surrounding states, as well as New Mexico (Albuquerque). California and Nevada could be prone to earthquakes and unexpected severe weather. Surprise developments could come out of Silicon Valley.

Our current thoughts and actions on an individual and global level affect our future. Eclipses raise similar themes to the previous eclipse occurring on the same date and degree in the zodiac. The last New Year’s Eve Lunar Eclipse followed by the Solar Eclipse of January 15, 1991 began the first Gulf War. Except for a brief hiatus between Papa and Junior Bush, we haven’t left. Even with the tendencies for this to continue, Venus conjoining the January 15, 2010 Solar Eclipse offers the chance for the US to pursue diplomacy and gain cooperation with its allies instead of pursuing more war in the Middle East.

The next New Year’s Eve that will be a Blue Moon and a Lunar Eclipse will be in 2028. If we don’t want to be dealing with the same issues that we’re facing now, take the time on this New Year’s Eve to review and reflect upon the ways you can feel secure.
Posted 12/30/2009 10:03:00 PM