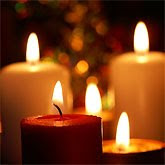 Winter began in the northern hemisphere at 12:47 PM EST today when the Sun entered Capricorn.

The Winter Solstice is the shortest day of the year. Candles and lights illuminate the darkness and represent the return of the Sun’s light that increases each day until the Summer Solstice. Capricorn is ruled by Saturn who the Romans honored during the weeklong feast of Saturnalia at this time each year before Christmas was invented.

Last year was the first Winter Solstice since 1762 that the Sun conjoined Pluto in Capricorn. Saturn and Capricorn rule government and societal structures. Pluto rules debt, insurance, and deep transformation. This year the Sun and Pluto are squared by Saturn in Libra which is exerting pressure to balance what has become inequitable and out of balance.

The planetary energies present during the Winter Solstice influence the next three months. Mars is the ruler of the chart set for Washington DC. Mars represents action and in Leo, it represents actions taken by leaders (the Sun). Mars in Leo turned retrograde* yesterday until March 10. President Obama will be re-evaluating the actions the Administration has taken and not taken this last year. Mercury in Capricorn forms a stressful alignment to Mars in Leo and is retrograde from December 26 to January 15, reflecting the Administration will have to make several readjustments to get its agenda back on track.

President Obama will be focused on getting the healthcare bill signed into law and then pressure Congress to pass a corrections bill. In the interim between the two bills, the President might order the Justice Department to exert pressure on insurance companies to ease up on medical underwriting.

Retrograde Mars in Leo is located in the sector of the chart representing the stock market. Trading is likely to slow down while Mars is retrograde. The stock market will likely move lower during the next three months over economic and market fundamentals and continued concerns about debt defaults. Global markets have grown concerned about sovereign debt defaults in Greece, Spain, Portugal, Ireland, Hungary, the U.A.E., Russia, and Brazil. All of these countries have planets in their national charts that are impacted by Saturn square Pluto. Saturn and Pluto impact the USA natal Venus and Jupiter in Cancer highlighting the nation’s high level of residential and commercial real estate debt.

President Obama will be pushing Congress to pass financial regulatory reform which will probably not be ready for his signature until the Vernal Equinox period that begins March 20. Employment conditions remain tight and signs of growth are slow and uneven.

The USA’s natal Moon in Aquarius conjoins the Moon, Jupiter and Neptune in the sector representing Congress. The public has high hopes and expectations that Congress will pass legislation that benefits Main St.

*Planets do not really move backwards, but appear to from Earth’s vantage point.