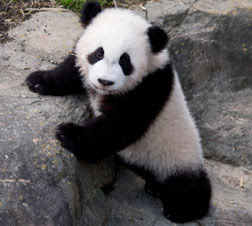 Summary Of Last Week’s Influences:
After Monday’s market rallied on the news of almost $30.7 billion in M&A deals, stocks resumed their downward descent that began on the first trading day after the Autumnal Equinox.

Rather than reversing the pessimistic outlook that began during Mercury retrograde, financial markets continued the pattern of the prior week where stocks attempted to rise and then reversed on disappointing economic reports. If the stock market continues to decline after October 14, this will confirm that the bearish trend was not a short term Mercury retrograde phenomenon.

Some market commentators have referred to the market’s recent weakness as a “reality check.” This describes the cautious and contracting nature of Saturn. Saturn opposed Uranus (future projections) for the third time on September 15. I’ve previously written that each time Saturn in Virgo opposed Uranus in Pisces (November 4, 2008 and February 5, 2009), the stock market has been positive on those days, but then loses momentum and turns bearish. (After the first two oppositions, the indices dropped to multi-year lows within four weeks.)

Last week’s economic reports showed that a lack of fundamentals (Saturn) cannot provide the rocket fuel (Uranus) to propel the market into new territory, despite the Fed’s overly accommodative policies. September data for Consumer Confidence dropped as the influence of Jupiter (optimism; growth) conjoining Neptune (hope; illusion) which was strong in the spring and summer,* became overshadowed by Saturn opposing Uranus and Saturn approaching a challenging alignment to Pluto in Capricorn (exact November 15).

Virgo represents the workforce. Virgo is the bookkeeper, striving to be as cost conscious and efficient as possible. Friday’s employment report showed a loss of 263,000 jobs and a 9.8% unemployment rate. The average work week was 33 hours – a record low. This data ties into Thursday’s Chicago PMI report that showed new orders contracting. So much for the bullish case that 3Q earnings which kick off this week will show increased revenue based on inventory restocking. If consumers don’t have a job or they’re concerned they might not have a job or are not working enough hours, why does Wall St. continue to believe they’ll suddenly have the ability to spend as they did in the past? Unlike past recessions, consumers are loaded up with more debt than ever with less access to credit and can no longer use their home as an ATM machine. Most retailers seem to be of the mindset that they would rather run the risk of being out of stock than overstocked. Such is the parallel universe of Wall St. and Main St.

If bulls want to keep the rally going, perhaps they’ll want to project earnings out into space. In 2020, Saturn will conjoin Pluto, followed by Jupiter and Saturn conjoining in Aquarius, ushering in a whole new economic cycle. :-)

Summary Of This Week’s Influences:
The Harvest Full Moon in Aries occurred at 2:10 AM EDT today; its influence will be felt for the next two weeks. Aries is ruled by fast-acting Mars. In the chart for the USA, much of the action is taking place behind the scenes, especially regarding military matters and foreign relations. Outwardly, the Administration will be focused on financial regulatory reform. There could be some surprising unpleasant news relating to stable credits. The stock market will be volatile and predominantly bearish.

Mercury (thoughts/communication) opposes Uranus (sharp and unexpected movements) today, and then conjoins Saturn on Thursday for the third and final time. Markets made new highs the first time Mercury opposed Uranus on August 21. During the second pass on September 23 when Mercury was retrograde, the indices made fresh 2009 intraday highs before abruptly reversing to negative.

Thursday is when retailers report chain store sales for September which the market anticipates will be better due to the back to school season and cooler weather in the northeast in early September. (From a weather standpoint, Mercury conjoining Saturn indicates cooler temperatures.) Mercury conjoining Saturn compressed retailers’ margins; shoppers were discriminating in purchasing only discounted merchandise. The bait and switch does not work with these planets in cost conscious Virgo.

Health matters are ruled by Virgo, and health insurers were about the only sector that was positive on August 17 as investors thought the public option would be scrapped. Last Tuesday when Mercury turned direct, the Senate Finance Committee (whose members have received millions from health insurers), rejected two amendments that would have called for a public option in some form. This week the Committee is scheduled to vote on the bill. Even if Congress passes healthcare legislation without a public option, health insurers and Wall St. should not view this as a reason to celebrate. As health insurance companies receive an increase in government subsidies to get more Americans covered, the costs will become so high that the government will have to legislate (Mercury) rules that limit (Saturn) premiums and provider reimbursements. Despite the opposition’s rhetoric, not having a public option will be a worse fate for the health insurance companies than having one.

On Friday Venus opposes Uranus and Mercury re-enters Venus-ruled Libra (previously August 25 to September 17) until October 28. Venus is money, banking, and liquid assets. The Libra side** of Venus represents our relationship with money and the components of financial alliances. This includes partnerships, and counterparties that comprise financial markets. When planets are in Libra, the market has to decide what it deems to be “fair value” or pricing which is a balance between fundamentals (Saturn) and future projections (Uranus).

Tuesday, October 6, 2009
Negative, then could see a turnaround approaching midday to choppy/mixed conditions.

Wednesday, October 7, 2009
Negative, but could see improvement/reversal around midday before declining again.

Friday, October 9, 2009
Market choppy and volatile as it swings between negative and positive; likely closes up.