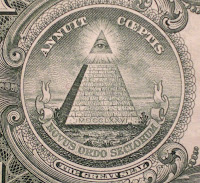 Summary of Last Week’s Influences:
It takes about 12 years for Jupiter to make a complete cycle around the Sun. Closing at 6,626.94 last Friday, the DJIA returned to levels not seen since April 1997 - the last time Jupiter was in Aquarius.

In previous Weekly Forecasts I’ve written about how the planetary transits of Saturn opposite Uranus, and now Venus/Pluto at this time would cause further stress on the financial system, reigniting the energies surrounding the September 15, 2008 Full Moon when Lehman Brothers collapsed and American International Group (AIG) nearly followed it into bankruptcy.

The events influencing last week’s market drop certainly reflected these planetary energies, from more turmoil at AIG to unemployment levels not seen since the early 1980s. Wednesday marked the only up day for the indices based on the hope that China was going to announce an increase in stimulus spending. After Mercury (news/gossip) had exactly conjoined Neptune (hope/illusion/rumors) early Thursday morning, the indices opened sharply down after a speech by China’s premier had made no mention of the anticipated additional stimulus spending.

General Motors (GM) met with the Auto Task Force Thursday which is led by Treasury Secretary Geithner and NEC Director Summers. After receiving $13.4B from the government and seeking another $16.6B, GM is starting to come around to the realization that bankruptcy might be its only option to restructure. Detroit automakers are not the only ones witnessing the steep decline in motor vehicle sales; Toyota (TM) is scheduled to meet with the Task Force this week.

Saturn in Virgo (Sep 2007-July 2010) represents contraction in the workforce. Friday’s employment report showed the only sectors with an increase in jobs created were government (Saturn), healthcare (Virgo), and education (Mercury-ruled Virgo would represent education to retrain for a specific type of job). As unemployment continues to rise, why would people go out and buy a new car if they didn’t have to? More and more Americans are cutting out and cutting back in fear of losing their job. Saturn in Virgo opposing Uranus in Pisces is a wakeup call to cut the excessive use of credit. People are learning Saturn’s lesson that it’s essential to rebuild their balance sheet, as Virgo is the bookkeeper.

Banking and finance is ruled by Venus. Venus energies were pronounced Friday as the planet appeared to turn retrograde from Earth’s vantage point. Venus themes are particularly accentuated in the USA now as Pluto in Capricorn is opposing the USA’s natal Venus in Cancer for the first time in history. This reflects the government’s growing desire to become more deeply involved in controlling the banking system. Venus/Pluto indicates that bankruptcy filings will accelerate, coming from companies that once exerted a powerful influence on the nation’s economy.

Pluto is debt and taxes and Capricorn the government. Friday the IRS discontinued a two year old program that used private contractors to collect tax debts, as the agency found their in-house program was more cost effective. Because of all the increased government spending, the IRS will hire 1,000 new collection personnel this year to collect outstanding debt. The IRS’s aggressive beef up on collections was no doubt behind Friday’s announcement by the Swiss government that a panel will have two weeks to decide if Switzerland should keep its bank secrecy laws as is, abolish them, or adapt them as the situation requires. As explained in a post on “UBS, the IRS and Swiss Banking Secrecy,” I think the Swiss government will make some revisions to their existing law.

Pluto in Capricorn represents transforming infrastructures. Its interaction now with Venus in Aries reflects the need for new and bold solutions to fix the global financial infrastructure. This is exactly what Lord Malloch-Brown, the UK’s top envoy for the April 2 G-20 summit in London called for Friday. I wrote about the strong Venus/Pluto energies surrounding the summit, and Malloch-Brown predicted Friday that “the markets on April 3 will be something of a disaster zone” if nothing productive results from the gathering.

Summary Of This Week’s Influences:
All the planetary influences that I’ve described in previous forecasts are converging midweek during the Virgo Full Moon. The September 15, 2008 Full Moon conjoined Uranus in Pisces, sending shockwaves through the credit markets. The Full Moon in Virgo conjoins Saturn, reflecting the high level of fear and contraction taking place in the economy and the stock market. However, strong Uranus energies this week can bring the potential opportunity for a sudden, sharp, and short rally. The motto for Uranus is “expect the unexpected,” and in the stock market that tends to translate to going higher or lower than anticipated because this energy is about shock value. The energies of Saturn, Uranus, and Pluto that are particularly dominant now will reunite in similar fashion during September, anchored by the Virgo New Moon on September 18, 2009.

Monday, March 9, 2009
Negative trend bias, but see intervals of choppy/mixed conditions. Could see improving conditions going into the close. Uranus in Pisces opposing the USA’s natal Neptune now could shake up some misconstrued beliefs and illusions.

Wednesday, March 11, 2009
In addition to the influences of the Full Moon, Venus interacting with Jupiter could increase the size of the market moves which could go in either or both directions.

Friday, March 13, 2009
Negative trending, but could see improving conditions that could flip to positive later this morning based on news or comments emanating from the Administration.