Housing Trends: The Green, the Small, and the Homes with Chinese Drywall 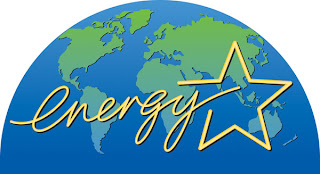 NOTE: Today begins a new periodic feature where I will link to and briefly comment about articles I found interesting and think readers might as well. This feature is called “Article Links” under the Directory.

Real estate is ruled by the Moon, and with the Moon in its “home” sign Cancer today and tomorrow, it’s most appropriate that today’s Wall Street Journal in “This Old House, Better Than New” examines ways to “green and future proof” older homes. (The article also provides a list of resources.) According to a recent McGraw-Hill study, one third of home buyers are willing to pay a premium of $20,000+ for a green home. This is a sea change from listening to a Toll Brothers (TOL) conference call a couple years ago when CEO Bob Toll commented that buyers were willing to pay more for crown moldings and other cosmetic touches than for energy efficient features.

Saturn in Virgo (2007-2010) is behind the trend toward scaling back the glitz in favor of more green, healthy and energy efficient homes. Pluto’s movement from Jupiter-ruled Sagittarius (1995-2008) when bigger was better, to Saturn-ruled Pluto in Capricorn (2008-2024) which puts the focus on a home’s structural elements and living in smaller spaces. As part of the earth element,* Virgo and Capricorn emphasize use of natural materials and recycled components to greatly reduce or eliminate the toxicity (Pluto) in homes. Pluto represents extremes, and it’s hard to go more extreme than the 140 ft sq ft home described in “Small but perfectly formed” (Financial Times), part of an article about the “small house movement.”

Back in January I wrote a post (“Toxic Fallout From The Homebuilding Boom”) about the problems that drywall from China was causing in homes mostly built in Florida during the latter part of the housing boom. According to an article in the Herald Tribune, homes in Arizona, the Carolinas, Colorado, Georgia, Louisiana, Maryland, Nevada, New Jersey, New Mexico, Texas, and Virginia, have also been found to have been constructed with Chinese drywall. Thomas Martin, president of DC-based consumer advocacy group America’s Watchdog, thinks Chinese manufactured drywall “could literally turn out to be the worst case of sick houses in U.S. history." The Tribune reports that “shipping records show at least 550 million pounds of Chinese drywall has been offloaded in US ports since 2006 -- enough to build 60,000 average-size homes.” Publicly traded homebuilders who have either admitted to or are believed to have used Chinese drywall are Lennar (LEN), London-based Taylor Wimpey through their Taylor Morrison unit (TW.L), Meritage Homes (MTH), Ryland Homes (RYL), Standard Pacific Homes (SPF), and WCI Communities (WCIMQ.PK). The Consumer Product Safety Commission has no safety standards for drywall, but is now investigating complaints, prompted by a request from Senator Bill Nelson. The Palm Beach Post noted that Coldwell Banker added a seller disclosure form for Chinese drywall in January.