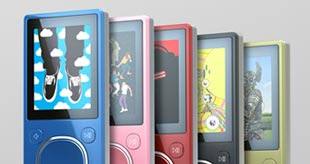 Owners of the original 30-gigabyte Zune music player became frustrated New Year’s Eve when they discovered that their portable music player was “frozen” at the logo screen. Microsoft (MSFT) engineers attributed the malfunction to the player’s internal clock driver failing to adjust to 2008 being a leap year. A FAQ on the Zune website instructed Zune 30 owners to disconnect the player from all power sources, let the battery drain down, and wait for the screen to go black. Then Zune owners had to wait until after Noontime GMT (7 AM EST) on January 1, 2009 to begin recharging the player. Once charged, the player should function normally.

I had written in the Weekly Forecast and the New Moon Cycle how synchronistic it was that Saturn, the planetary energy representing time and the devices used to measure it, would move stationary retrograde on New Year’s Eve. (When planets appear to be stationary in the sky, their energies are more pronounced.*). The one day when the world is very focused on time created a higher than normal possibility that time devices could slow down or stop working properly, as Saturn’s slow energies can create delays. Saturn’s energies rule things that are old, and the clock malfunction apparently only affected the oldest model Zune. Saturn is the coldest energy, representing frozen conditions, from the “frozen” Zune 30, to the cold to frigid temperatures that settled in on New Year’s Eve in most parts of the US.

Microsoft launched the Zune music player on November 14, 2006 when the Sun (the Zune) was being challenged by Saturn (time) and Neptune (entertainment device). Venus (music) was also challenging Saturn at the time. Mercury was retrograde when Zune was launched. This increased the possibility that the player would have software bugs, as Mercury is the planetary energy of communication. In short, this was not a good time for Microsoft to launch a music player. As today’s Wall Street Journal reports, “Zune accounts for a very small proportion of Microsoft’s roughly $60 billion in annual sales and its market share is dwarfed by that of Apple (AAPL), whose iPods have more than 70% of the market, according to NPD figures.”

I view Microsoft as a utility stock. As I wrote in “Microsoft Vista – Mercury Retrograde Bugaboo,” Microsoft needs to focus on perfecting its core business. In late August to September 2009, Saturn in Virgo and Uranus in Pisces will challenge Microsoft’s stock chart’s Sun, Mars and Uranus. Mercury rules perfectionistic Virgo and Mercury will retrograde in this sign starting September 17, turning direct on September 29 at the same point where Saturn went retrograde on New Year’s Eve. Problems with Microsoft products could be reflected in Microsoft’s stock price around that time.

*Planets do not really move backwards but appear to from Earth’s vantage point.