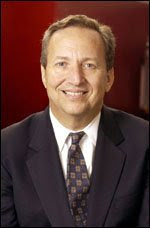 President Obama said on January 8 that “We start 2009 in the midst of a crisis unlike any we have seen in our lifetime.” Yet as dire as things are, the President still lacks an economic plan. So while Treasury Secretary Nominee Timothy Geithner appeared confounded before the Senate Finance Committee as to any path forward, the President was praying in the National Cathedral for a way out of the credit crisis. Apparently National Economic Council Director Larry Summers has not answered the President’s prayers yet.

With his Moon in Gemini harmonizing his Mercury and Jupiter, our Blackberry toting multitasking President did not want to waste any time while he was waiting to plan his way out of the economic crisis. Jupiter rules ethics, and with the Moon in Jupiter-ruled Sagittarius, President Obama assured us that he is creating a strong framework for ethical behavior. At the same time the President was signing executive orders on the matter, Geithner was getting grilled about failing to pay taxes he admitted he knew he owed but was “careless” about. When asked for his ideas about how the new administration should handle the TARP or about Obama’s mammoth stimulus package, Geithner referred to “the two detailed letters Larry Summers sent to Congress.”

If Larry Summers is the designated man with the plan and is not known to have any tax troubles, why isn’t he the nominee to be Treasury Secretary? With Mercury retrograde at the start of the Obama Administration, it would be quite apropos for Summers to reprise his role as Treasury Secretary. However, Obama and his advisors know that Summers has become too controversial since his days as Geithner’s boss and President Clinton’s Treasury Secretary to pass a Senate vote. Rumor has it that Summers covets Ben Bernanke’s job once he manages to rehabilitate his boorish behavior.

With his Sun (self-identity) in the global sign of Sagittarius, Larry Summers served as Chief Economist of the World Bank from 1991-1993. Sagittarius is ruled by Jupiter, and Summers was born with Jupiter conjoining Uranus, bestowing a potential predisposition to radical ideologies that can be ahead of their time. Four years before the Pluto in Sagittarius era of globalization (1995-2008) began, Summers had already tapped into its energies by advocating the outsourcing of heavily polluting industries to countries with the lowest level of development and lowest wages. In a December 12, 1991 memo, Summers writes: “I've always thought that under-populated countries in Africa are vastly UNDER-polluted.”

At the Treasury Department, Summers continued his focus on world affairs. He played a key role in the 1995 US bailout of Mexico, and was instrumental in China joining the WTO. When his boss and mentor, Robert Rubin resigned as Treasury Secretary to take an advisory role at Citigroup, Summers served as Treasury Secretary to President Clinton from July 1999 until the end of Clinton’s term. A February 15, 1999 TIME Magazine cover called Summers, Rubin, and Alan Greenspan “The Committee To Save The World.” What’s most amusing is the subtitle: “the inside story of how the Three Marketeers have prevented a global economic meltdown – so far.” The Three Marketeers convinced Congress and President Clinton to pass the Commodity Futures Modernization Act of 2000. The Act’s purpose was to:

The Sun represents financial speculation, and Pluto represents debt and private and unregulated financial transactions such as credit default swaps. One month before Bear Stearns became the first carcass of the credit crisis, transiting Pluto in Capricorn conjoined the Act chart’s natal Sun. Lehman Brothers collapsed on the September 15, 2008 Full Moon as transiting Saturn in Virgo challenged the Act’s Pluto in Sagittarius, reflecting severe financial contraction due to a lack of government (Saturn) accountability (Virgo). True to the nature of Sagittarius, the fallout from Lehman’s bankruptcy (Pluto) triggered a global financial contagion.

Jupiter also rules higher education, and Summers became president of Harvard University after leaving the Treasury. With his Mercury challenging Mars, Summers has a propensity for impulsively saying things he might come to regret later. In 2006 Summers resigned as Harvard’s president after giving a speech where he said that women have less of an “intrinsic aptitude” than men for math and science. Just as he claimed he was doing with the World Bank memo, Summers said his remark was “meant to be provocative.” But coming from the president of a university who is supposed to be promoting education is very strange indeed. And despite having two daughters, President Obama is obviously not fazed by the remark. But with Summers' Mars exactly conjoining the USA’s Moon, certainly enough women were angry enough to force his resignation and would be ready to protest if he was nominated to a position in the Obama administration requiring Senate confirmation.

With natal Jupiter retrograde, Summers remained at Harvard as an economics professor, returning to a job he first held in 1983 after receiving a PhD from the university. Summers also worked as a managing director at hedge fund D.E. Shaw Group, coming into the office once a week to offer economic advice. Summers also began writing periodic opinion pieces for the Financial Times.

Larry Summers now operates out of the White House as Director of the President’s National Economic Council (NEC), a position President Clinton created by executive order on January 25, 1993 for Robert Rubin. The NEC Director serves as the President’s closest economic advisor and is responsible for coordinating economic policy between federal agencies.

Wall Street wanted Summers to play the lead economic role in the Obama administration, and is now starting to regret what it wished for. The mixed messages in his ambiguous letters to Congress last week created renewed turmoil in the financial sector over fears of creeping government nationalization of the financial industry. On the one hand, Summers seeks to wipe out at least the common equity holders of financial companies receiving government assistance by reducing dividends to a penny. Yet at the same time he wants private investment to buy out the government’s investment as soon as possible. As much as it is politically popular to “punish the shareholders,” common equity is the only true form of capital in the banking system. Preferred and deferrable debt is a form of hybrid capital that can never substitute fully for common equity. The government is sending out conflicting messages to banks to both increase their lending and at the same time, maintaining higher capital ratios.

With his progressed* Sun conjoining the NEC’s Sun and Mercury and his natal Mercury conjoining the NEC’s Pluto, Larry Summers will be the real economic powerhouse of the Administration, not Timothy Geithner. With his Jupiter/Uranus alignment challenging natal Neptune in Libra, Larry Summers is still working on a government spending plan of gargantuan proportions that will end up creating a lot of roads and bridges existing only in our collective minds. When Summers finally does release his plan, we’re going to see that he’s the one who lacks an “intrinsic aptitude” for math. The plan will be confusing and difficult to truly understand, as the new Administration’s call for transparency will not shine any light on its opaque economic plans.

*A predictive method that mathematically calculates the planets forward in time.