A Powerful and Profound Winter Solstice 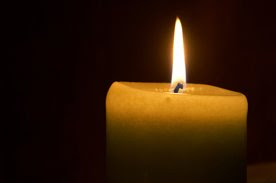 Winter begins in the northern hemisphere on December 21, 2008 at 7:04 AM EST when the Sun enters Capricorn. This is called the Winter Solstice as the Sun (Sol) appears to stand still (stice) for a couple of days before beginning to move north and rise higher in the sky again. The Winter Solstice marks the shortest day of the year and the celebration of the return of the Sun’s light that becomes longer each day leading up to the June 21, 2009 Summer Solstice.

Candles and lights illuminate darkness. More importantly, candles and lighting symbolically represent the light contained within us. Hanukkah (“the festival of lights”) begins on the Winter Solstice this year. The Winter Solstice marks the time of the year for reflective contemplation in preparation for nature’s rebirth when the seasonal New Year begins at the Vernal Equinox on March 20, 2009.

The Sun conjoins Pluto in Capricorn, shedding light on what has been kept buried beneath the surface. These energies help to provide the courage and willpower to achieve complete self-transformation. This is a terrific time to physically, mentally, and spiritually detoxify yourself and your surroundings. Anything that is not working in your life is likely to break down, as that is the only way to release toxic energy to create space for what is truly meaningful. This is also aided by the Moon in Libra in its waning phase, helping to release any pent up emotions and bring anything that needs to be brought back into balance. Some relationships and alliances/partnerships might end. The only person who you can control is yourself and how you choose to view circumstances and situations that are beyond your control.

The energies of the Sun conjoining Pluto in Capricorn tend to express themselves in issues related to career and professional matters, reputation (how others view you), and relations with parents/elders and authority figures. Capricorn is concerned about money and material matters, and Pluto rules debt. This is the time to take charge of all debt - financial and psychological. The key to freedom is no debt or the smallest amount possible.

The Sun represents corporate and government leaders/rulers, and Pluto represents those in positions of power (plutocrats). This raises the potential for a greater number of power plays and changes in leadership over the next three months. Capricorn is the coldest sign of the zodiac, and Pluto can represent very harsh conditions. With four planets in Capricorn now increasing to six at the December 27 New Moon, this is likely be a very frigid winter with several powerful storms, tornadoes, and strong earthquake potential.

In the USA, the emphasis is on the nation’s outlook and the economy/financial system. The overall mood of the nation appears to be cautiously optimistic. The Moon in Libra challenging Jupiter in Capricorn shows the public has very high expectations for the Obama Administration. There could be some big secrets revealed relating to spying and military operations. Jupiter in Capricorn conjoining the USA’s natal Pluto reflects the mammoth amount of government spending on the way. Rumors amplified by the media could result in more financial mergers and bankruptcies. Economic conditions remain unstable. Stocks and commodities will continue to be volatile, making wild swings that break anticipated and established trading patterns. Severe weather conditions could cause massive property destruction.

“Hotspots” indicate areas in the U.S. and the world where major news events are more likely to occur during the next three months, from extreme weather conditions and natural disasters, to accidents, violence, and geopolitics and military action. The most active locations appear to be the Northeast and New England states in the USA, the UK, and India.

Look for my post on the Capricorn New Moon cycle next week. The Weekly Forecast has a daily description of planetary energies.