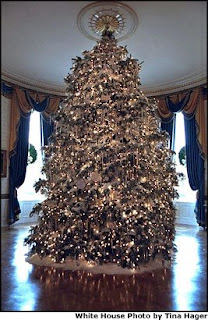 BREAKING NEWS! The Senate will begin voting shortly after 9:00 PM tonight on their version of the $700B TARP bill.

I wrote a post earlier today about the dangers of enacting a temporary increase on FDIC insurance as advocated by FDIC Chairwoman Bair. The Senate bill temporarily increases FDIC insurance from $100,000 to $250,000. To quote page 91 of the 451 page bill:

Individuals and businesses that had more than $100,000 at IndyMac Bank, for example, are out of luck.

Christmas arrived early today at the Senate, who festooned the tree with all kinds of tax credits, along with a provision for mental health parity insurance coverage. As if that’s going to help the millions who cannot get insurance for their physical health at any price.

Jeff Macke of CNBC's "Fast Money" show summed it up best by saying the bill is about "suspending financial reality for a little while longer."

hey
been following your blog for a while
not easy to predict the moves so firmly managed by the ppt.

stay put, and the next 2 decades will be yours for the taking and i will follow you.