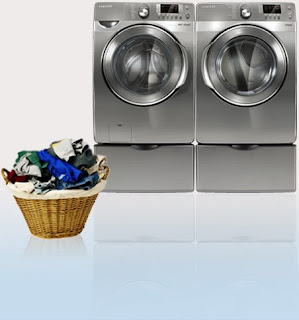 After their stock dropped 45% to close at $7.79 Tuesday, Lehman Brothers (LEH) looked at their big pile of dirty laundry (distressed assets), and decided it was time to start loading it into the washer.

A hastily convened conference call was held this morning to discuss third quarter estimates that the investment bank is scheduled to report on September 18. Listening to the call, it appears that Lehman is still in the “pre-treat” stage of doing the laundry.

Lehman is going to dump all the really soiled wash into a new company called REI Global which the firm intends to take public in the first quarter of 2009. The entire interest in the company will be spun off to Lehman shareholders. As The Wall Street Journal reported before the conference call, this company is internally dubbed “SpinCo.” $25-30 billion of Lehman’s commercial real estate portfolio, including apartment REIT Archstone-Smith and land developer SunCal, would become part of REI. Lehman said these assets would be sold over time or held to maturity.

In sorting out the laundry pile, Lehman announced it is in “advanced discussions” to sell a 55% stake in its investment management division, but still retain the Lehman and Neuberger Berman brands. What’s left of Lehman is “CleanCo.,” representing the few remaining unworn clothes hanging in the large closet that was once full of fresh pressed clothes. Lehman says the sale will be announced “in due course.”

If a washer is stuck in its spin cycle, it can’t move its load. And that’s what has Wall Street worried. The ice melted on Mars and at Merrill Lynch (MER), while CEO Fuld stubbornly holds out hope that Lehman can raise sufficient capital without putting assets on the block at fire sale prices. Dick Fuld was at the helm when the firm strayed from their core client business and piled into mortgage securitization and real estate. Fuld wants Lehman to “emerge as a clean company.” At this point, the only way to get Lehman’s clothes clean is to replace the person doing the laundry.

Related Posts: “Federal Reserve Likely to Save Lehman,”“Random Thoughts From Lehman’s 2Q Earnings Call,”“The Two Faces of Lehman Brothers,”“Lehman Could Still Follow the Bear”
“Will Barron’s Like Lehman in August? (2007)”