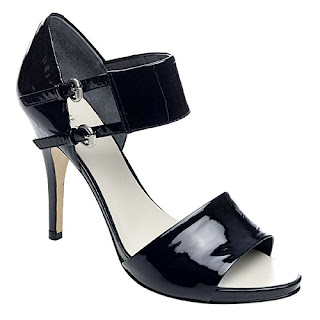 Forget Iron Man and Superman. A new super hero has emerged; spawn of the creature from Jekyll Island –Fed Chairman Ben Bernanke!
How is the Fed Chairman a super hero? On the basis that he doesn’t need to eat or drive, and inflation is able to disappear in his presence, I’d say he’s got strong qualifications. The final test for our potential superhero will be if he can survive without shoes.
The Wall Street Journal “Pain at the Other Pump: Shoe Prices Rise” reports that America’s three largest footwear makers – Brown Shoe Co. (BWS), Collective Brands (PSS), and Jones Apparel Group (JNY), are increasing shoe prices between 5-15% beginning this fall. The companies cite a weak US dollar and higher costs in China for the price increases.
We understand about the weak dollar. After all, Ben’s been busy since last August with the rate cuts. As Papa Bush would say, “wouldn’t be prudent” not to help the banks and US multinational corporations.
The China part is another story. We were told if everything was made in China we would save, save, save. Greed, er globalization is good. China makes 85% of the shoes sold in the US, as well as most of the handbags, belts and other leather accessories (which will also increase). Ben doesn’t need a handbag, so that’s not an issue.
Shoes fall under the planetary energy of Neptune and the sign Pisces which rule the feet. Uranus, the planetary energy relating to sharp price movements, is currently in Pisces. This fall, Uranus in Pisces will begin forming a series of oppositions to Saturn in Virgo until mid 2010. Prices on all kinds of goods could gyrate wildly. In the case of shoes, there could be disruptions along the supply chain.
Jones Apparel CEO Wes Card must be a Bernanke groupie. The maker of Nine West brand shoes told the Journal that despite price increases, consumers will see good value, not inflation. “The gap between a Nine West shoe and a Jimmy Choo has gotten wider,” Card said. If it wasn’t for “Sex and the City,” only celebrities and fashionistas would know what a Jimmy Choo is. Pictured above is a new Nine West pump style shoe that retails for $89.00. A similar style Jimmy Choo shoe retails for about $710.00. Didn’t Mr. Card learn that you must compare apples to apples and not apples to caviar?
Another Fed fan is Mark Hood, the CFO of Brown Shoe Co. which owns the Famous Footwear chain and brands such as Naturalizer, Life Stride and Buster Brown. Hood says that they would ease feet and wallets “by adding features such as breathable linings and cushioned in-steps.” Rationalizing higher prices because of added features is known as hedonic adjustment – a fancy way of discounting inflation. The Bureau of Labor Statistics will proclaim that consumers got more for their money. Therefore, the manufacturer’s higher price is not inflationary.
People need to buy shoes to protect their feet, but they don’t need to buy as many. When it comes to the more trendy high heeled shoes, women need to calculate the cost of a podiatrist visit into their shoe budget.
Bernanke told the banks to “raise capital or be acquired.” Now he’s adjusted the message that shoe companies must “raise prices or be acquired.” After all, superheroes can always go barefoot.
Related Post: “March CPI: Desperate Housewives Want to Know Where the Government Shops”
Posted 5/13/2008 08:48:00 PM