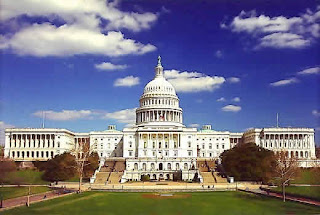 As oil continues to hit record levels, politicians are rushing to come up with gimmicky quick fixes in an effort to pander to voters. Today’s Wall Street Journal highlights proposals being considered by Congress.

Put OPEC in the Hot Seat: The Senate Judiciary Committee will hold a hearing on high gas prices later this month and have requested that OPEC’s secretary-general, Abdalla Salem El-Badri testify. This will be nothing more than a dog and pony show even without the OPEC minister. As I have previously written about oil supplies and Saudi oil production, it is not in OPEC’s best interest to have oil prices at these levels. If the cartel could increase production, they would. (The Journal reports that Senators are promoting legislation that would allow OPEC members to be sued under antitrust laws. Litigation to get oil – it’s the American way!)

Allow drilling in parts of the US currently off-limits: President Bush and several GOP Senators continue to support an idea that has passed its expiration date. We should have started drilling all over the US and off the coast years ago with the hope that just the thought of it alone would have created a groundswell of support for Americans to conserve energy and demand viable alternative sources. It’s the whole NIMBY argument; who cares about the environment of other countries – as long as we can’t see it.

“Guns for Oil”: That’s the name of today’s Wall Street Journal editorial pointing out the hypocrisy of Sens. Schumer, Dorgan, Sanders, and Casey’s participation in a letter to President Bush demanding the Administration tell OPEC nations to forget about getting more US weapons unless we get more oil. The Journal rightly points out that these are the same Senators who voted against US drilling and have made no effort to get people to conserve. I give the Senator from New York (Schumer) the hypocrisy bonus prize. Thousands of his constituents lost their lives and were injured in the 9/11 attacks by terrorists who were mostly from Saudi Arabia. To sell weaponry to dictatorships such as Saudi Arabia is pathetic enough, but resorting to bribery shows how out of control Washington has become.

Reinstate the Windfall Profits Tax on Oil Companies: Senator Clinton is the most vocal proponent of reinstating the tax initiated in the Carter Administration to pay for a Summer suspension of the gas tax. (The Windfall Profits Tax was repealed during the Reagan Administration.) A 2006 CBO analysis said the tax brought in $80 billion vs. a projected $393 billion, and concluded it “made the US more dependent on foreign oil.”

Halt Buildup of the Strategic Petroleum Reserve: According to the Journal, the Reserve currently has 701.3 million barrels, with a capacity for 727 million barrels. The White House would like to add 70,000 barrels a day to ultimately have a stockpile of 1.5 billion barrels. The EIA estimates the cost to stockpile works out to be about 4-5 cents a gallon; some members of Congress estimate it adds up to 24 cents a gallon to fuel prices. Senator McCain and at least a dozen other Senators are in favor of halting the buildup, but this warmonger Administration must believe a big supply disruption is likely to occur in the near future.

Raise Oil Trading Margin Requirements: Collateral requirements for oil trading are determined by the different exchanges (some require as little as 5% of a contract’s value). Senator Dorgan has proposed raising the margin requirement by at least 25% in an effort to lower some of the speculation priced into the cost of crude. Fine, but the Federal Reserve raising interest rates would have a greater impact on reducing speculation’s effect on crude prices.

As the Journal points out, “Making Americans consume less is an idea largely missing from the debate.” Politicians saw how far President Carter got with that one Saturn cycle ago and are afraid to speak the truth and make the difficult decisions. There is a good chance that the American people are more ready to conserve energy now than the politicians believe.