Mishkin Resigns From the Federal Reserve Board 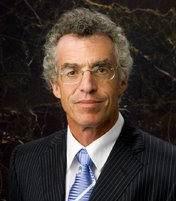 The Federal Reserve announced today that Frederic S. Mishkin, a member of the Federal Reserve Board of Governors has resigned, effective August 31, 2008. In a letter to President Bush, Mishkin wrote that he is leaving the Fed to resume his teaching position at Columbia University’s Graduate School of Business. Mishkin’s resignation is unusual, since he was appointed by President Bush less than two years ago. His Fed term would have expired January 31, 2014. The seven member Board of Governors is already short two people as Senate Banking Committee Chairman Christopher Dodd is holding up the President’s nominations to wait for a new White House Administration.

Mishkin was born January 11, 1951 (time unknown) in New York City. He is one of the few Fed Heads with the earth element in his chart. While Mishkin has his Sun (self-identity) and Mercury (communication) in pragmatic Capricorn, his Sun challenges Neptune, the planetary energy of financial bubbles and credit. Like his fellow Board members and former Chairman Greenspan, Mishkin cannot recognize bubbles and even if he could, believes that for the most part the Fed should ignore them.

Bubbles were the topic of Mishkin’s latest speech on May 15 entitled, “How Should We Respond to Asset Price Bubbles?”. It’s discomforting that asset price bubbles are never considered to be an inflationary indicator. The Fed always denies that their actions nurture and support bubbles in the first place! Mishkin’s speech focused on three reasons the Fed should avoid any attempts to prick asset price bubbles:
1. “Asset price bubbles can be hard to identify. This is especially true for bubbles in the stock market. Central banks or government officials are unlikely to have an informational advantage over market participants. If a central bank were able to identify bubbles in the stock market, wouldn't market participants be able to do so as well? If so, then a bubble would be unlikely to develop, because market participants would know that prices were getting out of line with fundamentals.” However, Mishkin does state that asset prices accompanied by a credit boom (sound familiar?) should warrant more scrutiny and regulation to limit the “damaging effects on the economy” when bubbles burst.

With Mercury retrograde harmonizing with his Mars in Aquarius, Mishkin took swift action to return to academia as retrograde Jupiter in Capricorn conjoins his natal Sun. (Jupiter rules higher education and Capricorn relates to a person’s career and public reputation.)

Mishkin concluded his bubble speech by saying: “Just as doctors take the Hippocratic oath to do no harm, central banks should recognize that trying to prick asset price bubbles using monetary policy is likely to do more harm than good.” The Hippocratic Oath that doctors take emanates from Hippocrates, the “father” of modern medicine. Hippocrates believed that no physician should be allowed to practice medicine without a thorough understanding of planetary cycles and how they influence the Earth and humanity. Few doctors practicing medicine today work with these cycles, let alone the members of the Federal Reserve Board.