Can Schultz Revive the Starbucks Experience? 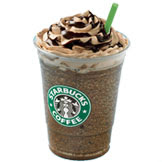 The first thing Wall Street Journal subscribers should look at before reading “Schultz’s Second Act Jolts Starbucks” (SBUX), is the article’s accompanying chart* showing the stock’s price movement since its 1992 IPO. The stock really took off in mid 2003 and began descending in spring 2006. Starbucks stock price parallels the rise and fall of the housing boom.

Another way of looking at Starbucks is the gas station analogy. Starbucks put a store on virtually every corner to capture market share. Just as you fuel your vehicle’s gas tank, Starbucks customers needed to fuel up on its high octane java. Studies have shown that most Starbucks drinks contain a higher than average amount of caffeine which becomes addictive. The introduction of the Starbucks card made it even easier to fuel the addiction.

CEO Howard Schultz has always spoken of Starbucks as a “third place” for customers between work and home. Most of the people I observed using Starbucks as their third place when the shares were climbing were realtors, real estate speculators, mortgage brokers, and other commissioned salespeople. The company’s customer base kept growing on lower income demographics that were made possible by the economic environment of easy credit.

Starbucks sacrificed its identity to chase growth. Brewed coffee sat languishing in the pot for hours, espresso drinks were created by a machine, and the stores bland décor is beyond retirement age. The nadir was reached when Starbucks thought it needed to put “Mc” in front of its name with breakfast sandwiches that denigrated its signature scent. You cannot create community with a drive-through window.

The perfect storm had descended on Starbucks. Higher operating costs caused the company to raise prices at the time housing prices were falling and consumers were getting pinched from all directions. I believe the only reason Starbucks’ share price hasn’t fallen back to the $10 range it traded in from 1997 to 2002 is the return of Howard Schultz at the helm. The Journal article outlines the steps Schultz has already taken to get the company back to its core mission. Schultz’s passion and dedication to turn Starbucks around will go a long way to bring the company back from the brink of self-destruction.

Schultz has a mountain of hurdles to overcome and the arrival of activist investor Nelson Peltz’s Trian Fund Management on the scene should not be viewed as a welcome sign. Starbucks needs to shrink the number of stores it has so that it can make the appropriate investments in improving the quality of its products and its décor that should be unique to each location. During this process, Starbucks should increase promotions and offer drink specials to keep customers coming in and get excited as the improvements unfold. Obviously, this level of investment will require the company and its shareholders to make some sacrifices for the next couple of years before the company’s labors will bear fruit. Activist investors tend to have a track record of pillaging, profiting, and leaving.

Consumers will pay for the “Starbucks Experience”, but only if it is just that: The freshest, best brewed coffee and handcrafted drinks to go along with food made with fresh, quality ingredients; served by a friendly staff in a unique and welcoming environment. In short, a Starbucks that’s not a commodity like a gas station, but something special.

*Since the article in only available online to WSJ subscribers, I’ve linked to Yahoo Finance for the SBUX stock chart.

I love how amateurs write articles about companies going through hard times as if they know how to run a business. I highly doubt Mr. Schultz will take your advice about how to bring Starbucks back.
They will be back and its just a matter of time...by then your web site will have long folded.

P.S. I went through this with Nike. Everyone thought "brown shoes" were in...blah blah blah...several years later and Nike has tripled in value. Starbucks will do the same. Want to make a bet?