The Stimulus Will Not Raise Sales 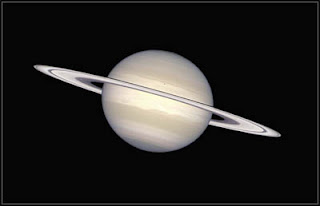 This morning President Bush was willing to concede that “it’s obvious our economy is in a slowdown”. This is probably the closest the Administration will come to admitting the US economy is in a recession.

But fear not, the economic stimulus checks are on their way! “Eligible” people will begin to receive their gift from the government beginning May 2, depending on when they filed their 2007 tax return and the last two digits of their Social Security number.

To help fulfill the government’s objective to get citizens to splurge, retailers are preparing special sales and promotions between May and July. According to USA Today, many retailers will offer discounts on certain types of merchandise or no interest financing. Wal-Mart (WMT) will announce their stimulus specials next week.

In an effort to ensure they get all your stimulus money (and perhaps a bit extra), some retailers will exchange your stimulus check for a store gift card with a bonus amount added. Sears/Kmart (SHLD) will add 10% to a check amount exchanged for a gift card. Grocery chains Kroger (KR) and Supervalu (SVU), will add $30 to every $300 of stimulus money.

And just in time for summer vacation season, the travel industry is salivating for the stimulus money too. Economist Stephen Morse, director of the Tourism Institute at the University of Tennessee, believes people will feel they “deserve to get away.”

What Morse, many on Wall Street, and the politicians fail to grasp is that the dynamics are far different than they were when stimulus checks went out in 2001. Inflation wasn’t running rampant, debt wasn’t climbing into the stratosphere, and most people wouldn’t use the term “negative amortization” to describe their home. A large SUV will consume half a stimulus check to fill up its tank.

And the timing couldn’t be worse. Saturn, the planet of economic contraction and caution, will be moving direct* May 2. When a planet appears to be stationary in the sky, the energies it represents are extra strong. Saturn’s rings physically symbolize that people must not spend beyond their means. Saturn in Virgo reinforces extra income received will be spent on items required for daily living, such as groceries and gas. Virgo is the sign of the bookkeeper, so stimulus money will also go to pay bills and pay down debt. While the IRS will distribute the money from early May to mid-July, the energies surrounding the beginning of the stimulus program matter the most.