A Run on the Rice 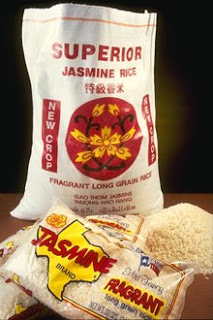 A food crisis has developed in certain parts of world, part of the fallout from the US financial crisis that panicked the Federal Reserve to lower interest rates too far. We’ve went from a run on the bank (Northern Rock), an investment bank (Bear Stearns), to a run on the rice.

As I predicted last summer, the transit of Saturn in Virgo to mid-2010 is causing limited supplies (Saturn) of food staples (Virgo). Mars in Cancer has elevated food prices such as rice to record highs that violence has broke out in countries such as Haiti and Bangladesh. Jupiter in Capricorn reflects governments such as the Philippines buying rice in an effort to keep prices lower for their citizens. Several nations (China, Cambodia, Egypt, India, and Vietnam), have imposed export restrictions on rice and other staples. While the governments (Capricorn) have benign intentions (Jupiter), it has had the opposite effect. With Pluto in Capricorn, world leaders know from history the consequences of governments who did nothing while their citizens suffered and starved.

The situation has gotten worse with Venus in Aries from April 6 - 30. Venus rules asset values. In Aries, a sign ruled by Mars, it has strengthened the influence of Mars in Cancer’s elevation of food prices and concern over food supplies. Cancer rules food along with what makes us feel secure. If you don’t have anything to eat or even the perception there might not be enough to eat, panic ensues. Since Cancer is ruled by the Moon, this is a primal emotional response.

With Venus and Mars challenging Jupiter yesterday and today respectively, US rice futures closed yesterday at a record $24.82 per hundredweight. (The US is the world’s fourth largest exporter of rice.) The global benchmark, Thai 100% B grade white rice, hit above $1,000 a ton today on continued buying pressure from number one importer the Philippines.

The media have had a field day talking about limits on rice and other food staples at Costco (COST) and Sam’s Club (WMT). In some parts of the US, people are stockpiling basmati and jasmine rice. According to today’s Wall Street Journal, Costco has rice limits in selected stores. There is a limit on flour and soybean oil purchases (four 35 lb. containers – attention weight lifters!) at its Queens, New York store. Sam’s Club has limits of four 20 lb bags of rice per visit. Why the average family needs to buy 80lbs of rice is beyond me! I buy a 2 lb bag of brown rice every two weeks to feed two adults two to three servings per week.

While it’s always a smart idea to maintain a well stocked kitchen, this is obviously hoarding. America with its Sun (self-identity), Mercury (thoughts), Venus (desires/values), and Jupiter (abundance) in Cancer, is a nation of hoarders. The pack rat problem is further exasperated by the fact that the US is a Jupiter-ruled nation. Warehouse clubs such as Costco and Sam’s Club brilliantly feed into the national psyche that “bigger is better.” If food and other grocery goods are available in huge sizes sold in a warehouse environment, it must be a bargain. When you calculate the cost of membership, the (usually) extra gas cost to drive to their location, the fact you must buy in bulk, and your weighted down vehicle further erodes fuel efficiency, I fail to see the savings. To me, the best shopping strategy is to buy non perishable items from sale to sale, and look at the per ounce cost of an item in various sizes as the biggest size is not necessarily the cheapest.