The Energies of Earth Day 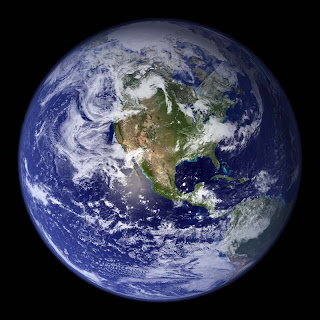 While much has changed since Earth Day was founded, unfortunately much has remained the same. The US is once again engaged in war, people still drive gas guzzling vehicles, and waste far too much of the Earth’s resources.

Earth Day was born out of the 1960s planetary alignment of Uranus (awakening/revolutionary change) and Pluto (toxic conditions/transformation) in Virgo, an earth sign that relates to health and daily living. Unless a major effort was begun quickly to begin to clean up the planet, it would eventually become impossible for humans and most species to survive.

Before there was Al Gore, there was Senator Gaylord Nelson, who had the idea to bring groups of people together to form a nationwide “environmental teach-in” to raise awareness and take action to clean up environmental pollution. Senator Nelson was born with his Sun (self-identity) and Mercury (communication) conjoined in Gemini, the sign of learning. Gemini and its planetary ruler Mercury, represent the local environment. With most of his birth planets in the air and water elements, Senator Nelson was concerned about pollution affecting the air we breathe (Gemini rules the lungs), and the water we drink. With his Mars in Virgo – the only earth element in his chart – Senator Nelson activated a movement that by cleaning up the Earth we improve the quality of our lives.

The first “teach-in” that became Earth Day was established on April 22, 1970. Many localities were celebrating Arbor Day on April 22 which is the birthday of its founder, Julius Sterling Morton. On April 22 each year the Sun (our energy and life force), has just entered Taurus, the first earth sign. Ruled by Venus, Taurus represents the beauty of the Earth in its full-flowered glory of Spring.

During the first Earth Day in 1970, Saturn conjoined the Sun in Taurus. This reflected the serious need for government intervention (Saturn) to protect the environment. Industries were freely polluting the ground, the air and dumping large amounts of toxic waste (Jupiter in Scorpio) into the water. By mid 1969, the Cuyahoga River in Ohio was so toxic from various pollutants that it caught fire. The EPA was established later that year, and over the years other Acts were passed by Congress to clean up and protect various facets of the environment.

In 1990, Earth Day became an international environmental event. Despite this, the years from then to now reflect a retreat backwards. Ask a person if they care about conservation and protecting the environment, and they’ll say “yes”. Ask them to outline what sacrifices they’re willing to make and they’ll begin to stammer and depart in their SUV back to their McMansion. Successive administrations and Congress have lost their enthusiasm as well. For many politicians, Earth Day has become a photo op. You know there’s a problem when my seven year old midsize car gets better gas mileage than an equal sized 2008 model. It’s okay if China and other “emerging markets” pollute so long as we get cheap goods. (Think of the toxic toys and medications as a form of karmic payback.) The wealthy can continue to indulge and use carbon offsets to alleviate their guilt.

Denis Hayes, the Harvard graduate student Senator Nelson asked to organize the first Earth Day, said in a recent interview: “We need to mobilize people to view environmental issues as being in their best interests. But with the economy and the war, it’s hard to get people’s attention.” The planetary energies now and into the future show that it is those very issues that will force people back into conservation and caring for our planet.

Earth Day 2008 features a grand earth trine that looks just like the peace symbol of the Sun in Taurus to Saturn in Virgo and Pluto in Capricorn. This reflects a “back to basics” approach to the environment born out of economic necessity. The public can no longer afford to waste energy and resources as they’ve become too expensive. Venus in Aries shows that change must start with each individual in their personal life. An alignment between Venus in Aries to Mars in Cancer and Jupiter in Capricorn looks like a T (for tension) in the chart. With these planets in action-oriented (cardinal) signs, it shows that initiatives must begin in the home. By consuming less processed food and drink, we cleanse our bodies and the planet of harmful toxins. Positive changes will have a bigger impact than people realize, and corporations and government will have to adapt. The federal deficit has exploded through waging war to acquire more fossil fuel, when the money could have been spent on new and cleaner sources of energy and infrastructures that support more efficient energy usage.

The space program of the 1960s served as a catalyst to protect the planet when the world saw the first pictures of Earth from space. We all share one home, and if it is destroyed it cannot be rebuilt.