The Fed under Fire 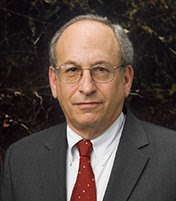 Yesterday Mars, the fiery planetary energy of action, began its sojourn in emotional and security conscious Cancer until May 9, 2008. Cancer rules real estate.
Right on schedule, Mars in Cancer began to attack the Federal Reserve. Wall Street and Congress are fed up with the Fed for its failure to satisfy all of its constituencies. Congress is asking for greater oversight of the banking industry, but at the same time they’re resisting the Fed’s efforts to improve the mortgage underwriting process. Likewise, Congress is asking the Fed to control inflation, and simultaneously applauding an accommodative monetary policy to address the subprime crisis.
The days of Congress fawning over FOMC members are over. Yesterday Vice Chairman Kohn was grilled by the Senate Banking Committee for the Fed taking a relaxed stance when banks were taking on too much risk during the housing boom. The hearing marked the first time a Fed plutocrat had to acknowledge their role as bubble enabler: “I don’t know that we fully appreciated all the risks out there. I’m not sure anybody did to be perfectly honest.” Under questioning, Kohn later acknowledged that “the Fed did not perform flawlessly.” Republican Senator Richard Shelby asked Kohn if the Fed was afraid of the banks. Shelby was referring to the Fed and regulators caving into the banks’ lobbying efforts last July to prevent stronger risk guidelines on U.S. banks than European banks have under the Basel II agreement.
At a conference of the Independent Community Bankers of America in Orlando yesterday, Chairman Bernanke urged lenders to help struggling borrowers stay in their homes by reducing the principal of their mortgage as a way to reduce their monthly payments. Lowering principal alleviates homeowners being “upside down” (negative equity), as they owe more on the home than it is worth. Wall Street was not warm to the idea, with the indices lower until happy talk rumors regarding bond insurer Ambac (ABK) surfaced late in the day.
Mars was previously in Cancer from September 28 – December 31, 2007. It was during this time that banks began taking large write downs on their bad debt. As befitting of Mars in Cancer, S&P’s Sam Stovall at that time called it the “kitchen sink quarter.” With Mars back in Cancer again, the world is finding out that the corporate kitchen sink is clogged with stagnant water. The “Plunge Protection Team” (as the Fed is nicknamed), would like to unclog the drain but the lenders are not willing to take a “real” write down (actual financial loss).
Between now and May 9, Mars attacks the USA’s Venus, Jupiter, and Sun in Cancer. This means that over inflated real estate prices must come sharply down, impacting the overall American economy. Mars also challenges the USA’s Saturn in Libra located in the area of the horoscope representing Congress. Mars makes its finale with an opposition to the USA Pluto in Capricorn in the house of banking and the economy. Legislative and governmental regulation will force the financials to fix the sink. And the Fed? The public is angry (Mars) that lower interest rates have not only failed to reduce their loan payments, but the resulting higher inflation has spiked the cost of food (Cancer). Mars in Cancer is a brief preview of what the Fed faces in late 2008 to 2009 when Pluto in Capricorn impacts the Fed’s Pluto in Cancer and Sun in Capricorn. The structure and power of the Fed and the influence of its Chairman will be transformed.
Federal Reserve: December 13, 1913 6:02 PM Washington, DC
USA: July 4, 1776 5:10 PM Philadelphia, Pennsylvania
Wall Street Journal: “Fed Admits Missteps on Banks” and “Fed Chief to Lenders: Cut Mortgage Principal”
Related Posts: “Resetting the American Dream”, “The Missing Element”, and “The Fed’s Future”
Posted 3/05/2008 10:46:00 AM