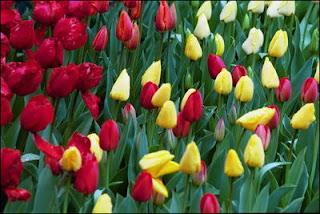 Spring begins in the northern hemisphere March 20 at 1:49 AM EDT, the moment the Sun enters Aries. This is called the Vernal Equinox, as night and day are equal length now. The start of Spring marks a new beginning, as nature awakens from its winter slumber. For the ancients, the Vernal Equinox was a time to celebrate the rebirth of life.

The four action oriented signs – Aries (Spring), Cancer (Summer), Libra (Fall), and Capricorn (Winter) usher in each season. As the first sign of the zodiac representing new beginnings, the Sun’s entrance into Aries is the true start of the New Year. Aries energy is all about action and doing things now. This enthusiastic fire energy is ruled by Mars. From March 20 – April 19, it’s time to spring into action to accomplish personal goals. The Aries New Moon each year is the ideal time to begin working on what you personally want to accomplish over the next year. (This year the New Moon will occur on April 5. More on this lunation cycle in an upcoming post.)

The planetary energies for the moment the Sun enters Aries reflect influences that can affect events until at least until the June 20 Summer Solstice, and potentially for the next year. With the Vernal Equinox occurring the day before the Full Moon, emotions run high. This year the Sun in Aries is challenging Mars in Cancer and Pluto in Capricorn. Action/attention is focused on home and domestic matters. The world is grappling with the elevated (Mars) costs associated with maintaining a home and stocking it with food supplies (Cancer). At the same time, Mars accelerates the drop in real estate values. Many people are choosing to walk away from their homes, despite the fallout to their financial reputation that will take time to rebuild. The home as a source of funding to finance status conscious expenditures is dead. Simplicity is in. Careers/professional matters are likely to undergo a major transformational shift. Such is the life altering effects of Pluto in Capricorn, an energy that operates on a massive scale. Individuals, some corporations, and governments are being buried under a high mountain of debt, yet all sides are determined to retain the status quo. The public is caught in the crossfire as the actions of those in authority manipulate, their egos clashing with other power players as they decide who stays and who gets sacrificed on the global chess board. For the immediate future, the most crucial period is now through April 7, particularly March 21, 25, 30, April 2, and 6-7.

In the USA, the Vernal Equinox shows the nation’s identity undergoing a massive transformational shift. Tensions and actions increase with foreign nations. There could be limits or delays in receiving imports, including oil. Transportation accidents are likely or the possibility of a terrorist threat/incident affecting the transportation system, causing sudden disruptions. Communication disruptions and outages are likely, as well as an increase in computer viruses. The media is focused on the economy and financial scandals. Stock market volatility gyrates from hope and euphoria to massive panic, with sentiment highly influenced by rumors and “happy talk” from the Federal Reserve and the Bush administration. Severe storms will form quickly, causing extensive property damage.