Thoughts on a Growing Bear 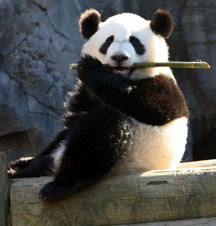 As the U.S. edges ever closer to entering a bear market, I thought I’d briefly share some thoughts about the daily behavior of the market so far this year.
While I have repeatedly stated in the stockmarket summary portion of my Weekly Forecasts, of continued volatility moving lower, my daily forecasts have been more upbeat – and wrong. What has somewhat surprised me is the continued sharp down trend that is occurring. I envisioned a slower downward progression interspersed with a few moderate gains for most of January.
It is my belief that the real downward drift will commence with the February eclipses, accelerating into March. There doesn’t look to be any long periods of time this year for the Bulls to latch on to. Mercury retrograde* January 28 until February 18 may temporarily reverse the downward momentum, but the effect would only be temporary.
Mercury conjoining Neptune in Aquarius today delivered the surprise news of the Federal Reserve’s 75 bp ease. The illusion that such a sharp cut would calm the market turmoil got shattered pretty quickly when Wall Street complained it wasn’t enough. An unjustified cut of this magnitude to get the Dow to improve from being down 424 points near the open is beyond irresponsible. Rumors were circulating that the President is thinking about increasing his $150B stimulus package. Then there was talk that the New York Insurance Department may take an equity stake in bond insurer Ambac (ABK).

Early this morning I was excited about the stocks I planned to buy today. The Fed squashed my shopping spree! Bummer.

* Mercury, planet of communication, appears to move backwards from our viewpoint. This occurs three times a year and lasts about three weeks. Trading patterns can be hard to discern or reverse course. More on Mercury retrograde in an upcoming post.

It was rumors of a bailout of the bond insurers that drove the late advance.

Leading US banks are under pressure from New York state's insurance regulator to provide as much as $15bn to support struggling bond insurers,...There is widespread concern that rating agency downgrades of the specialist insurers known as monolines could force a fresh round of writedowns by banks, which could damage already battered investor confidence. This has led to speculation that banks would band together to prop up the insurers, which guarantee payments on thousands of ­billions of dollars worth of bonds issued by municipal governments and other borrowers.

Are the banks supposed to supply the capital so that their bond insurers, to whom the banks paid insurance premiums, can pay them back?

Where will the banks get this money? Was this scheme the reason for the emergency rate cut? If so, what will the banks put up as collateral for the loans? Please don't tell me it will be their 'insured' bonds. Or is the money going to be just given to the insurers? If it's going to be loaned to them, what is the future cash flow projection for repayment?

eh: Thanks for providing the FT link. I absolutely agree with your comments.

This plan may go the way of Paulson's "super SIV". I think we'll know more at the end of next week and/or around Feb 6.