Passing up the Cheer 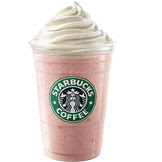 There wasn’t much cheer being broadcast out of Starbucks (SBUX) 4Q earnings call last night. Founder/Chairman Howard Schultz (who stayed in the shadows until an analyst inquired about him), said all the Street needs to know. In response to the analyst’s question about SBUX’s first ever TV ads debuting today, Schultz responded that TV ads are “a natural evolution of the maturity of the brand and the experience.” (Italics emphasis mine.) CEO Jim Donald talked about traffic declines affecting stores throughout the U.S. in this once “recession-proof” brand.

It’s now official that SBUX is no longer a growth company. SBUX reduced its earnings for same-store sales growth, and will open 100 fewer U.S. stores than expected in 2008. The increase in average value per transaction was due to their two price increases this year from higher dairy costs. Passing that inflation through to customers decreased traffic from occasional customers.

One thing not mentioned in the call regarding their holiday promo spending is ads for “buy one, get one free” handcrafted drinks appearing in the December issues of Lucky and Oprah magazines. Prior to this quarter, SBUX bragged that brand recognition/sales were so strong there was no need to advertise.

A second surprise was no discussion about their entertainment division (Hear Music, books, and movies). I recall reports earlier this year of their book club selection briskly selling for full retail price at company stores, even though people could purchase the book for 40% off at various retail outlets.

Management appears to be on a crusade to get back to basics and improve the quality of their core beverage lineup. After SBUX invested in automated machines, management is finally waking up to the bitter brew of stale coffee they thought customers would pay through the nose for.

Starbucks took advantage of resting on their laurels for too long. As the chill setting into the U.S. economy moves eastward, it’s time for SBUX and investors to wake up to the fact that the growth is gone.

On a personal note, I give SBUX credit for concocting my favorite sweet treat, the strawberries & crème frappuccino. It’s time for another occasional (due to its caloric content) indulgence at my favorite hangout, Barnes& Noble (BKS).
Posted 11/16/2007 09:06:00 AM